A good day for wildlife but a disturbing shortage of frogs

Today I decided to go try and turn my luck around in the amphibian hunt so I went to my favorite haunt in Fredericksburg, VA. Past the Outdoor Center down a dirt track, there’s a daisy chain of ephemeral ponds alongside the trail. The spot is located in the flood plain of the Rappahannock and last year it was overflowing with frogs and snakes. This year, I found plenty of turtles and a very weird looking millipede but the only amphibians I found were a redback salamander, a few spring peepers (they were too quick for me to photograph so you’ll have to take my word for it) and a few plops that suggested larger frogs, though I couldn’t catch a glimpse. I was a little bit encouraged by an abundance of tadpoles in some of the pools but most of them were empty. Are the frogs breeding later this year? Did runoff from the Rappahannock have chemicals in it that killed off the frogs? Are we in the midst of a chytrid outbreak? Could it be ranavirus? There’s no way to be certain, especially because I didn’t find any bodies but I’ll admit I was more than a little depressed to see a place that held such richness last year devoid of some of its denizens. 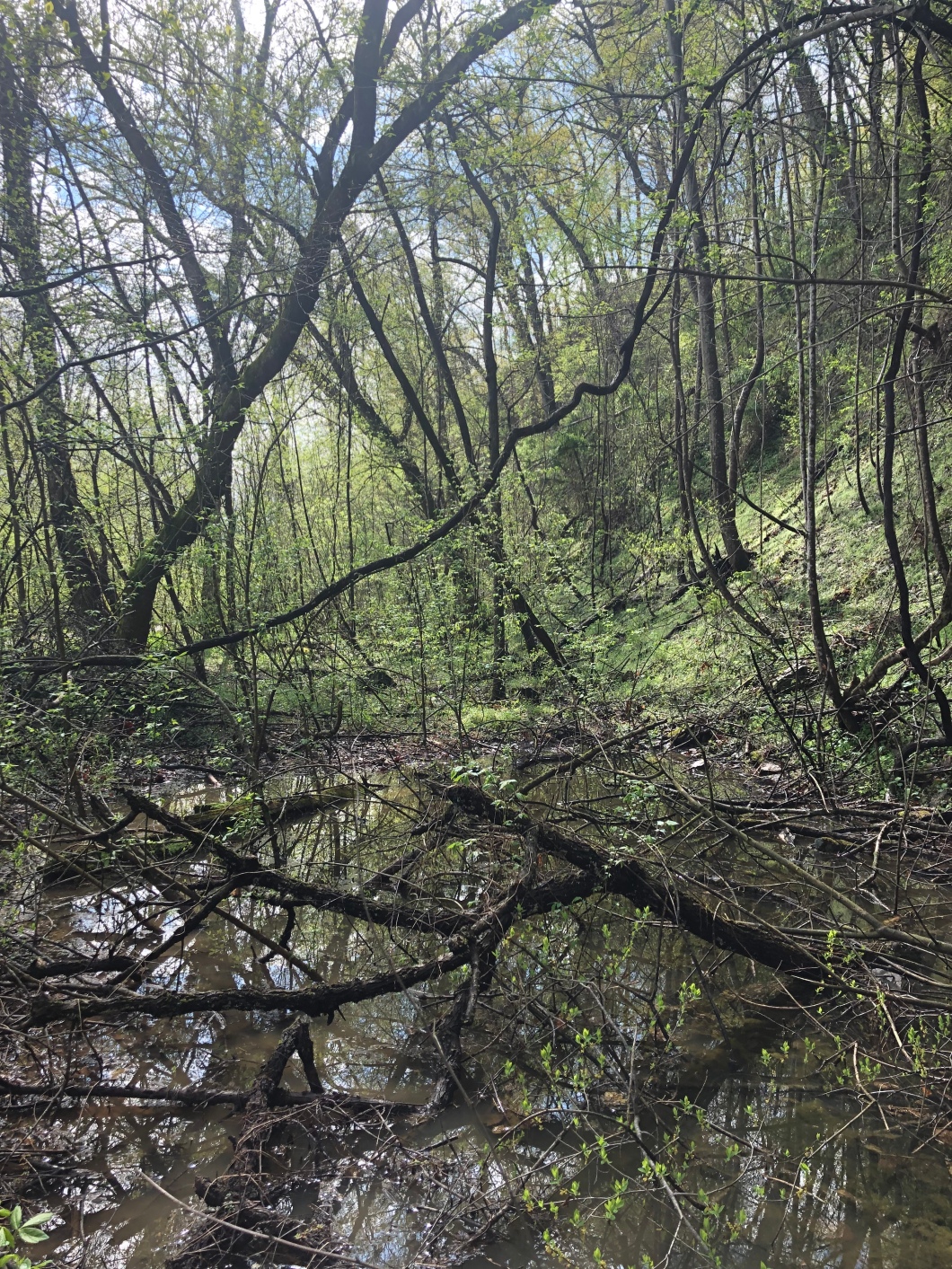 What a shame to walk around the borders of these gorgeous pools and hear nary a splash or call.

The day wasn’t a complete loss, however. I did see a plethora of turtle and bird species. I even saw a few five-lined skinks hanging out, basking and hiding under peeling bark; it must be time for them to start breeding. I was also very pleased to see so much green after such a long and cold winter.